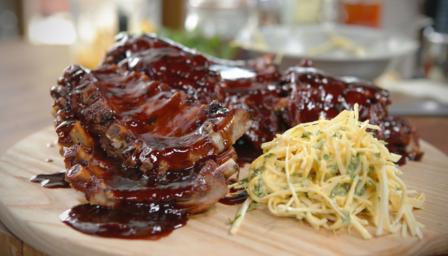 Good things come to those who wait, and these fall-apart, slow-cooked ribs are no exception.

For the ribs
For the barbecue sauce
For the slaw