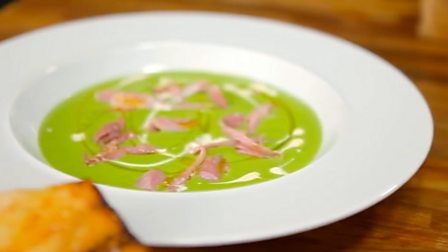 A luxurious version of ham and pea soup using poached ham hock and a judicious dash of cream.

For the ham hock
For the soup