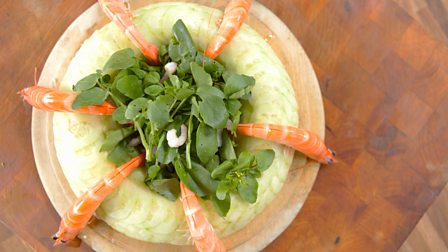 This 1970’s classic was a dinner-party favourite for a reason – it looks mighty impressive and tastes amazing.

For this recipe you will need a piping bag fitted with a large plain nozzle.

If you don’t want to make your own Melba toast, you can buy it from supermarkets and delicatessens.