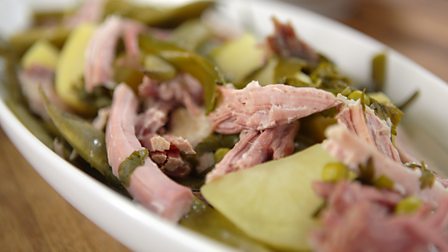 This divine ham is a dish you can just dive into – and the bread crust is perfect for mopping up the meat juices.

For the ham and vegetables
For the spelt bread