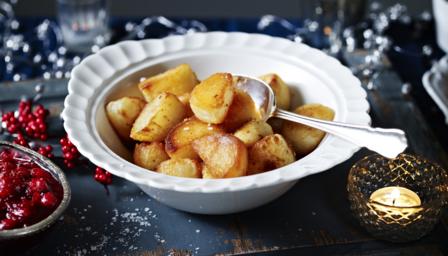 You can add extra flavour to the potatoes by adding a few whole garlic cloves and sprigs of thyme or rosemary to the roasting tin before they go in the oven.