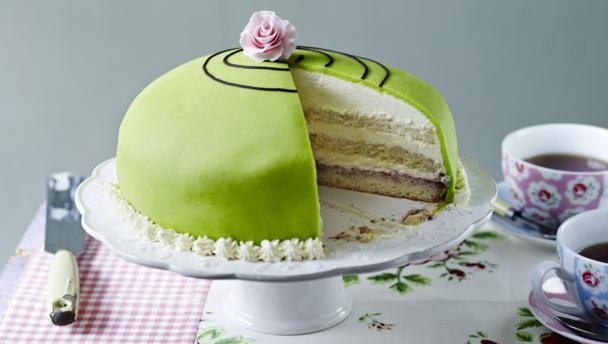 This Swedish layer cake is great fun – bright green and full of custard, jam, marzipan, and a mound of whipped cream!

Equipment and preparation: for this recipe you will need a piping bag with a 1cm/½in plain nozzle, a medium star nozzle, a 23cm/9in springform tin and a sugar thermometer.

For the vanilla custard

For the fondant rose

The custard, jam, fondant roses and marzipan can all be made the day before, leaving you time to rest up before the assembly. If you used shop-bought jam and marzipan, we wouldn’t hold it against you.