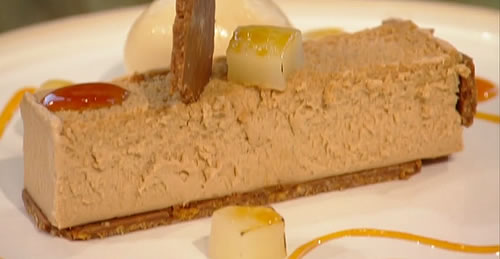 Treat your guests to this restaurant-style dessert from Scottish chef Mark Greenaway. You will need to start preparing it about 36 hours in advance.

By Mark Greenaway
From Saturday Kitchen

For the pear sorbet

For the brown-sugar cheesecake

For the feuilletine base

For the blowtorch pear

For the tomato caramel