Olia lives in London with her son Sasha and partner Joe, writing, cooking and feeding her unceasing curiosity by researching food culture and culinary traditions of countries less explored. Her second cookbook is called Kaukasis: a culinary journey through Georgia, Azerbaijan and beyond 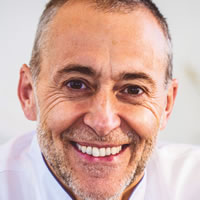 Artichokes barigoule with snails and winkles

Tom Aikens is one of the UK’s most acclaimed and inspirational British chefs. His remarkable career has taken him to David Cavalier’s in Battersea, Pierre Koffman’s La Tante Claire, Pied-à-Terre and Joel Robuchon in Paris to name a few. At 26, Tom became the youngest British chef ever to be awarded two Michelin stars