Who should be the new host of Saturday Kitchen?

But has anyone won your heart since James Martin’s departure?

The social media world has been very quick to praise some guest presenters and equally quick to condemn others. James is clearly a hard act to follow.

Vote in our poll now and see who others think should be the new host of Saturday Kitchen. 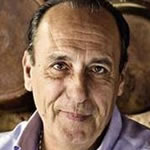 Focaccia with garlic
and rosemary 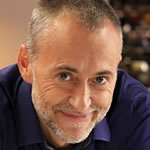 Salmon with ceps
and green sauce 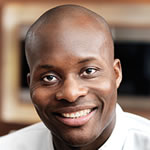 Paupiette of sole
with wild mushrooms
and herb sauce

Having worked with the likes of Raymond Blanc, Marcus Wareing and in Le Gavroche with Michel Roux Jr., Frederick Forster is now head chef of the iconic Le Pont De La Tour.

Baking has always been Gennaro’s passion and in his new book, he shares a selection of his favourite easy to create recipes for delicious bakes which can be found in a typical Italian bakery

In this very personal book, Michel distils a lifetime’s knowledge into a definitive work on French food and cooking. Based around 100 classic recipes that have stood the test of time

The Saturday KItchen Cooking Bible is a stunning collection of recipes from Michelin starred chefs. All of them have been cooked on the show and now you can make them at home

THINGS YOU DIDN’T KNOW YOU NEEDED Get them now