Who should be the new host of Saturday Kitchen?

This week’s 10th September show sees The Hairy Bikers take the helm for their second stint.

But has anyone won your heart since James Martin’s departure?

The social media world has been very quick to praise some guest presenters and equally quick to condemn others. James is clearly a hard act to follow.

Vote in our poll for who you think should be the new host of Saturday Kitchen? 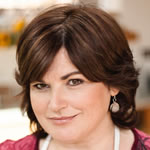 Bream stuffed with walnuts and pomegranates

Nine critically-acclaimed cookbooks, including A Change of Appetite and A Bird in the Hand. Diana now writes for several publications, including The Sunday Telegraph, where she has been since 2008

Roasted cod with parma ham and peppers and wilted spinach

Big hearted, down-to-earth cooks with a love of good food, they have been cooking together for more than twenty years and travelled the world in the pursuit of great food 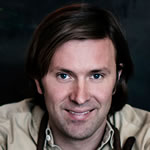 Niklas was born in 1978 in Jämtland. Since his first restaurant at 21, he has opened several more successful restaurants around Sweden  He has also released four cookbooks and is the host of two cooking shows

No-one is better than Diana Henry at turning the everyday into something special. Here is a superb collection of recipes that will knock your socks off with their flavour

Their eyes met over a curry and a pint on the set of a Catherine Cooksoon drama and they knew they would be firm friends for life. Si and Dave take you on the ride of their lives!

This innovative selection of recipes highlights the best of modern Nordic food, themed around simple ancient cooking methods. Inspire your next family or party gathering

THINGS YOU DIDN’T KNOW YOU NEEDED Get them now

The Hairy Bikers host this weeks Saturday Kitchen  – a cookery show full of mouth-watering food, great chefs and celebrity guests. Viewers get to vote on which recipe will be prepared for the guest at the end of the episode. Also featured is a regular wine-tasting segment.

Saturday Kitchen has become a national institution and its enduring popularity shows how food has moved from functional niche to ‘mainstream lifestyle’. Its theme tune is now as much a signifier of a Saturday as a leisurely late breakfast, visiting the shops or Match of the Day.

Millions start the weekend by waking up to Saturday Kitchen and an assortment of chefs and celebrities with books or films to promote, with the show competing with the more traditional talk show formats as a number one choice for agents. Meanwhile the Saturday Kitchen recipes, the memorable ‘food heaven and hell’ and the ongoing ‘omelette challenge’ are now part of the national lexicon.