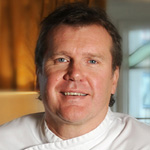 More Recipes from your favourite chef

Nigel Haworth and top chef friends such as Michel Roux Jr, Hugh Fernley-Whittingstall and James Martin reveal their favourite at home dishes…food that chefs really like to eat.

A stunning collection of recipes that will inspire and delight. All of the recipes have been cooked on the show and now you can make them at home.

Paul Hollywood is Britain’s favourite master baker. His new book is all about bread – how to make it and how to use it.

“April is one of my favourite cooks, one of the most humble, genius chefs on the planet. This chick cooks like a ninja” (Jamie Oliver)

James Martin hosts a cookery show full of mouth-watering food, great chefs and celebrity guests. Viewers get to vote on which recipe Martin will prepare at the end of each episode. Also featured is a regular wine-tasting segment.

Saturday Kitchen has become a national institution and its enduring popularity shows how food has moved from functional niche to ‘mainstream lifestyle’. Its theme tune is now as much a signifier of a Saturday as a leisurely late breakfast, visiting the shops or Match of the Day.

Millions start the weekend by waking up to James Martin and an assortment of chefs and celebrities with books or films to promote, with the show competing with the more traditional talk show formats as a number one choice for agents. Meanwhile the Saturday Kitchen recipes, the memorable ‘food heaven and hell’ and the ongoing ‘omelette challenge’ are now part of the national lexicon.