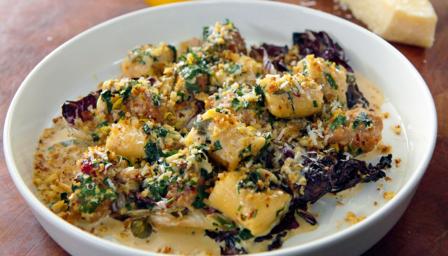 This spicy, citrussy recipe is James Martin’s take on a dish made by chef Stephen Terry at The Hardwick in Abergavenny.

For the gnocchi
For the sauce